“This release provides developers with a stable core foundation for application development and a rich user experience for Netbooks.” 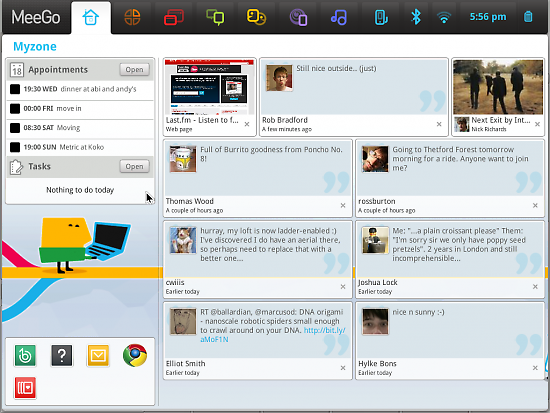 Wanna try it out on your netbook?
http://meego.com/downloads

And what about the N900?
And yes, there will be meego for N900 although Nokia Will Not Be Officially Supporting It. As you all know 1.0 for the N900 is allready out. Simply it is the complete OS core that lets you boot up to command line, but there is no UX so far. This means the majority of the users can look away for now. The MeeGo Handset UX will come with MeeGo 1.1 in Q4 2010

Read more about what Meego for the N900 will be all about
http://talk.maemo.org/showpost.php?p=675362&postcount=1 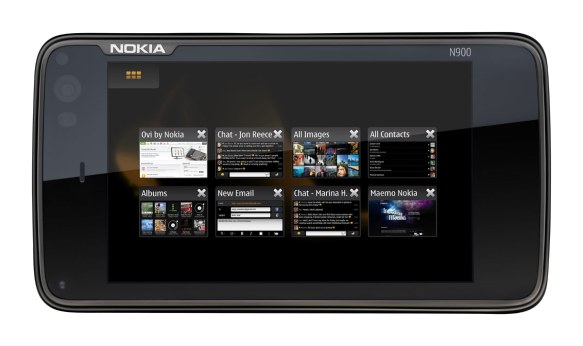 Most of us have been running the leaked 1.2 on our N900’s, but now the offical version is finally here. 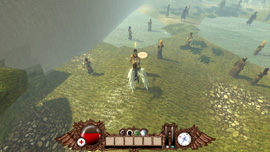 “Testament” is a game developed for the Church of Sweden. The game is based on the Old Testament of The Bible and it was developed primarily to make its content more accessible to young people. The game will have its Swedish release in May, 2010.

“Testament is not a standard educational game in the sense that it focuses heavily on the educational component. The idea is that it should be fun to play and that the knowledge of the Old Testament will be gained in a subtle way”

This a great initiative, not that I’m “all that” into religion, but the fact that producing games is getting simpler, cheeper and can be a way to reach groups of people with a message. When will the education sector with their wast experiance and extremly dedicated people start developing serious learning games that actually can be fun and have learning value. What about som serious action historic games – would be simple enough.

What is an MMORTS?
A Massively Multiplayer Online Real-time Strategy (MMORTS) game combines the action and strategy of the RTS genre with the massive persistent world, character progression, and individual achievement of a traditional MMO.

How often do you find something that feels remotly “fresh” and “new”?
Not so much..

Try this on for size – http://www.endofnations.com/en/index.php

I started with online games when most of you still were wearing dipers, back in the 90’s. I played all the original FPS games on various servers, Doom, Heretic,CS, Quake etc and then moved on to mmorpgs. I have highlevel characters with the “phatest loot” in almost every major game out there from Anarchy Online to Star Trek Online.

Games come and go and as soon as I hit the max level and raided myself sensless for the loot I move on for the next game. Im like a chinese farmer tbh, and there’s probably more then one diagnose to be made by a psyciatrist on my manic behaviour..

My playingstyle frustrates some people, somtimes the “wrong” people..
Needless to say my some what “manic” playingstyle frustrates some people, and somtimes people have aqused me for cheating (sorry, but im just better then you. It’s that simple), sometimes they ram me with various vechicles (and still i never ever report you to the admin, because it’s ok. Really! i can relate to the feeling), sometimes they try to vote me off the server (and that always end up with very few people voting against me, as Im a fun player and players like me and many others makes the game fun to play.

END_OF_DOCUMENT_TOKEN_TO_BE_REPLACED

A few days before release the global file for PR 1.2 leaked. Not very suprising as the device is beeing launched in HK this week with the PR 1.2 preinstalled.

Anyway, if you dont like to wait for the update via your app manager (and why should you wait?) go ahead and flash your device the oldschool manual way.

And  download the PR 1.2 bin file here
*edit* As this file is actually leaked i decided to remove the link to it – using a simple search in google will get you there though. 🙂

If you still feel sceptic just check out this youtube video of it.

It works flawless, and full language support (as it’s global duh!) so just get on it. I was done in less then 2 minutes with it.