Movies to look out for 2013
For movies 2013 seems to be a great year if you’re a sci-fi lover – and you are. Gravity, Elysium, Oblivion, After Earth, Pacific Rim, Singularity, Jupiter Rising, The Prototype, World War Z, Cloud Atlas, Life of Pi, The Host, R.I.P.D. Google them!

And hopefully a couple of short films turned full-length. Like The Gift, Tomo and The Gate.
I you have no idea what I’m talking about, be sure to check out these excellent short films below.

And on a side note, Splice director Vincenzo Natali was officially attached to adapt William Gibson’s ground-breaking novel about the sprawl, artificial intelligence, hackers and intrigue – Neuromancer. If this film actually gets made it would be awesome.

Co-op gaming for 2013
In gaming there’s really nothing groundbreaking ahead. Battlefields 4 and the likes doesn’t really move me. There’s really no game that feels “new” or different. It’s the same adaptation of old ideas in mmo or fps wrapping. Fun of course but nothing really new.

Co-op gaming seems to getting the attention it deserves finally though. With Dead Space 3  and Alien Colonial Marines supporting full length co-op gameplay just to mention some. There are even rumors of a Assassins Creed co-op for 2013 but don’t quote me on that.  Other titles to look out for are: Brothers: A tale of two sons, Arma 3, Dead Island: Riptide and with  EA’s recent announcement on how all their games will have online components, expectations are leaning toward a coop mode for Dragon Age 3.

Rumor has it; Games Workshop has announced that games developer Full Control has started work on a new Space Hulk game for the PC. Due for release in 2013, Space Hulk will allow players to take control of a strike force of Blood Angels Terminators as they make their way through the close confines of the Space Hulk.

Some weeks ago I wrote about My morbid fascination for the post apocalyptic. This got me started thinking about what my favourite stories around this subject are.. So Without Further Addue, here’s my

1. The road (2009) After an unnamed disaster a father and his son journey from inland to the shore of the East Coast through a landscape of utter devastation rife with cannibals. Viggo Mortensen makes this movie what it is. This is no picknick, this movie is one of the most hardcore and scary ones ever made about a post apocalyptic event on a global scale. http://www.youtube.com/watch?v=hbLgszfXTAY

2. War of the worlds (2005) Steven Spielberg’s big budget re-imagining of the 1950’s sci-fi classic based on the H.G wells novel. The first 30 minutes of this movie might just be the best ever made about a man beeing faced with a catastrophic event on a global scale and he’s skill to adept in order to survive and keep he’s family safe http://www.youtube.com/watch?NR=1&v=EUv7iRaWOOQ&feature=endscreen

3. The walking dead (TV series, 2010) TV serie based on Robert Kirkman’s widely acclaimed comic. A classic Zombi story about the survival of mankind. Season two was a bit of disapointment, but it seems to be picking up in season three so far http://www.youtube.com/watch?v=1OZ0mu8Ey6A&feature=related

4. I am Legend (2007) I am legend is an adaptation of a sci-fi novel of the same name by Richard Matheson; a novel which also inspired the making of both George Romero’s Night of the living dead and the 1970s movie Omega Man. This is one of the really great stories ever made. Will Smith will allways be “Fresh Prince in Bel Air” for me and I would have loved to see what another actor would have done with this movie. Still it’s a great movie well worth to see. http://www.youtube.com/watch?v=nyNu0CDim0w

5. On The beach (1959) This is the outstanding movie adaptation of the 1957 novel of the same name by British author Nevil Shute. After nuclear war ravages the planet only the population of Australia and a solitary American submarine remain. Having avoided the full impact of the nuclear strikes and fall out radiation, the population begins to come to grips with the reality of the horror that has occurred. http://www.youtube.com/watch?v=DQbc9IEYUjk&feature=related

6. Cargo The story of Cargo takes place on rusty space-freighter KASSANDRA on its way to Station 42. The young medic Laura is the only one awake on board while the rest of the crew lies frozen in hibernation sleep. In 4 months will Laura’s shift be over. Great german thriller. It’s really a “must see” if you haven’t yet. http://www.dailymotion.com/video/xaoiw4_cargo-international-trailer_shortfilms

7. Book of Eli (2010) In a violent post-apocalyptic society, the drifter Eli has been wandering to west across North America for the last thirty years reading a unique book that he brings with him. He survives hunting small animals and seeking goods in destroyed houses and vehicles to trade in villages for water and supplies. This is as close as you can get to the game “Fallout 3”, very nicely done with a nice twist to the story in the end. http://www.youtube.com/watch?v=kAMUv22y1og

8. Monsters (2010) Six years after an Alien Invasion, A cynical reporter agrees to escort a shaken american tourist through an infected zone in Mexico to the safety of the US Border. This is a different movie, even beautiful sometimes. Well worth the watch, but don’t expect a hardcore action movie – it’s just not. http://www.youtube.com/watch?v=V_-gL3U1T5Y

9. The Divide (2011) Starts with a Nuclear Blast. A group of civilians in an  Apartment Building head for the basement. This is the domain of the  would be apartment manager with limited supplies. Very scary movie on the subject that our worst enemies might be ourselves.. http://www.youtube.com/watch?v=iaLpieSNIfk

10. Zombieland (2009) A nerdy Texan student armed only with his 30 rules to surviving the zombie apocalypse joins forces with two sisters and a red-neck to cross ‘the United States of Zombieland’ and find his family. This is a comedy – but it fit’s in nicely tbh. The rules apply even in the event of a real Zombie takeover… http://www.youtube.com/watch?v=071KqJu7WVo

Runner up
11. Survivors (2008-2010)
A sudden and deadly flu epidemic sweeps the population of the world (Britain in particular) leaving few survivors. I actually had missed this little gem from BBC but it’s actually quite nice. Just finished season 1 and gettin’ ready for season two on my tab.
There no zombies here, but there very few survivors and what happens when millions of bodies starts to decay? Well the smart ones try to leave the citys, new communitys take form and with that competition of the few recourses still around. The series mostly revolves around the subject of what we are willing to do to survive. A ltlle gem as I said earlier – be sure to check it out.

Year 634, 1658, 1999. There all been wrong. But according to The Dresden Codex, also known as the Codex Dresdensis The end of the world will come 21 dec 2012.
That’s not really true tbh. The only reference by the Mayans to 2012 is in a partially defaced stone inscription which says:

Whatever happens on the 21th you better be ready. I know I am: https://blackmoore.wordpress.com/2012/10/27/my-morbid-facination-for-the-post-apocalyptic/ 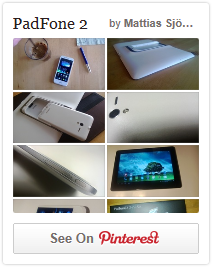